If I were the Benevolent Dictator... 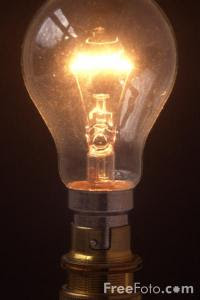 ...I would replace politicians with business people.

As President Obama and Congress continue down the road of one of the least productive, most conflicted governments in our history...I can`t help but wish for a recall vote on these 525 people who lead our country`s government. Where are the tough minded, realistic leaders we need who can add and subtract simple numbers before they make decisions like...going to war, promising more entitlements or giving our money away to foreign states?

I am quite convinced that most average, middle class business people in America could do a more productive job running our government and balancing our budgets than these losers some call congresspeople. Our system of government with its primarily two party system has fallen to new lows in functionality, ineptitude, and outright corruption.

Should you want to elect me as your representative in the federal government...or better yet, make me "benevolent Dictator"...here is what I would do and the simple math that would be behind it:

How do we do this? Well, first, we eliminate all unnecessary expenditures and freeze or reduce government wages until the people in government prove themselves more productive. I would tie Government salaries and benefits to productivity goals. For example, each division or organization in government would have a set annual budget and any overspending would come directly out of their wage or salary base.

Congressional leadership would be looked at as PART TIME jobs for SUCCESSFUL Americans who can afford to serve their country part time...just like the original congress. They would not have lifelong income and benefits from the public coffers just because they got elected. They would meet on a quarterly basis and work maybe 12 weeks per year...about their current pace since most of them spend 70% of their time on political posturing, fundraising and getting re-elected. They would live IN their constituencies and truly represent their local citizens. No more CAREER politicians in Washington DC. This would be a service-representative job only...something like being on the board of a public company. They would be elected to two year terms and every representative would campaign with equal amounts of public campaign funds. No PACS or corporate/private donations to buy elections with. They won`t even be allowed to use their personal funds for campaigning. Let’s see how each candidate does in managing a small campaign account for maximum results...a requirement for getting into office by demonstrating effective spending!

Next, we would eliminate all financial aid or support for countries or organizations (like the United Nations, etc) who do not share our country`s values. Dictatorships, Kingdoms, Military Juntas or Communists need not apply for one penny from our public coffers. From my current foreign aid list this would save our treasury about $45-50 Billion per year.

In addition, our fine military would be pulled out of any foreign location that is NOT a declared war zone. We can no longer afford to be the world`s policeman...and this step alone would save our treasury more than half of our country`s $1 Trillion dollars per year in military spending. That is $500 Billion per year that could pay off our national debt of $14.2 Trillion in roughly 28 years. We would continue to spend effectively on defense of our borders and domestic protections of rights and liberties. We would NOT fight all our neighbors battles...unless they PAY for our resources.

Welfare and unemployment benefits would be totally reorganized. We would continue to help the truly needy, homeless and handicapped in our society, but no longer would we reward welfare mothers with monthly payments per child or food stamps per mouth to feed...only to have many of these same people playing the Lottery, cashing their checks at the local liquor store or shoring up the hundreds of Indian casinos throughout our country. If you are on welfare or unemployment, you better not be caught in any of these establishments...AND you will be required to work at least part time for the system that is supporting you. That may mean cleaning the streets in your local community, helping take care of the elderly, handicapped or orphans, or simply licking stamps on envelopes the government will be using to send tax rebate checks with a THANK YOU to their productive citizens.

That`s right...my program will include a tax REBATE to any American who pays more than 15% of their income in federal taxes. I would instill a federal flat tax of 15% during this emergency period in our national economy on ALL income...with the goal of reducing it to 10% when the national budget is balanced and national debt paid off. I assume this would take roughly 4-5 years with my new productivity and tax program. With this saved tax revenue staying in the hands of business and consumers, tax revenues would actually GROW from increased profits within our country. The government and its constituents would be much better off with 10% of Trillions than 40% of Millions. More people would have jobs, pay taxes and be off the welfare and entitlement rolls that are killing our country economically.

The Feds now consume over $2.5 Trillion per year. A 15% flat tax against total GDI (Gross Domestic Income) of $15 Trillion is $2.25 Trillion...so the federal budget remains about the same, but the income will come from a wider range of taxpayers at a lower percentage level. This leaves more productivity and discretionary spending for consumers within our domestic borders...which in turn heats up the economy to provide more revenues for paying off national debts faster. Oh...and no "estate taxes"...which is a form of double taxation. This money belongs to the families or beneficiaries designated by the producers of those funds...who have already paid income tax on that money. The government should survive very nicely on that 10-15% of GDI thank you.

With this new 15% flat tax on ALL individual and corporate income across the board along with the huge reductions in government costs and outlays for non-constitutional activities...our national budget should be balanced and the engines of our economy will once again burn hot with world leading entrepreneurial activities, robust profits and high flying markets within 4-5 years. The cost of collecting taxes would be reduced by over 30-40%. Yes, I would have to find new jobs and programs for unemployed government workers and accountants...but there are more productive, humane things for them to be doing in this world anyways.

And then there is Tort reform. Legal costs and judgments in America are using up 25-30% of our GNP depending on who you talk to. There is very little "standardized justice" in our system. One plaintiff gets $1000 for a cut off finger in an accident while another lady gets millions for spilling hot coffee on her lap. These irrational judgments and awards hurt the general public more than anyone else as costs of these judgments are passed on to the market. I would push the courts to standardize all penalties which would also effectively reduce healthcare costs to our aging population because medical malpractice awards would be reduced as well as caretakers and Doctors insurance rates. This benefits us all in a productive society. Mistakes happen and people need to be compensated...but no instant millionaires...sorry.

Now...we also have to put limits on all the natural resource gougers of the world. OPEC would no longer determine gas and oil prices for our country...the domestic market would. Within 5 years I would make the USA oil and gas supply independent by developing our own tremendous resources and buying additional supply TEMPORARILY from FRIENDLY nations like Canada, and yes, maybe even Russia. Why are we supporting and getting supply from Arab countries and Venezuela who hate our guts and our values and do not support democracy or free enterprise? I would also take a large chunk of our savings from foreign wars and oil prices and put tremendous effort and finance behind renewable energy sources that are cheaper, cleaner and longer term in supply. This would be one of the FEW industries who get a tax "break" from the flat 15%.

How would I handle the global economic crisis? Just give me discretionary spending on 1% of the national budget to build an international organization that would focus on transaction technology and governance policies for international economic exchanges. We would eliminate the Federal Reserve and fiat currencies, taking all the middlemen out of the global currency exchanges and force the banks back to fundamentals of what they are supposed to do best...store local funds and live on reasonable interest loans and credit. All currencies would become digital and based on a return to the gold standard. No country would be allowed to support unrealistic economies by printing worthless currencies to falsely sustain their imbalances...as the USA has been doing for decades now.

This step alone would produce 30% or more increased GNP as the informal economies would have to come under the umbrella of traceable transactions. Just imagine 30% more revenue to be realized throughout the world and under standardized taxation. This would be a huge step towards more responsible stewardship and tracing of economies. This process of digitizing currency alone would put a huge dent into illegal drug trafficking.

While we are on that subject, I would eliminate all laws that are not covered under the Constitution. That means people would be free to consume and live freely. If they want and can afford to take drugs, that is their right as long as they don`t endanger or affect another person’s rights. This alone would probably reduce our prison populations and costs by more than 50%. Addicts would be cared for humanely and at the local level with treatment centers and education programs...not prisons. The revenues from taxing and controlling these drugs would more than pay for the treatment and education centers.

OK...and how would we take care of all the poor or displaced workers in our country? We would take some of the money saved from foreign pursuits and invest more in education and vocational training institutions. If people are unemployed, they should be getting re educated in more productive fields of study. No more $25 per hour unionized broom pushers. You will need relevant technology training or true service training to make that kind of money.

Oh and credit...it would be illegal for a citizen to owe more than 30% of their annualized income to banks or credit companies. There would be no more "credit swapping" to cover up banking institution`s risk levels on bad loan portfolios. Banks will NOT be too big to fail but would be forced to have sufficient reserves to cover every penny owed their depositors.

Finally, the unintended consequences of this dream scenario would be...America would be the preferred country to invest in again. We would have the lowest competitive tax rates, the best services and the best debt free lifestyle of anywhere in the world. With secure borders and high standards for getting into our system, other countries would be FORCED to imitate our standards and lifestyles if they want to compete in the world. We would once again become the world’s bankers. China would owe us instead of us owing them.

Ok ladies and gentlemen...that is my platform. Please vote for me whenever there is an election for "Benevolent Dictator"...:)
Posted by The Global Observer at 12:05 PM 2 comments: