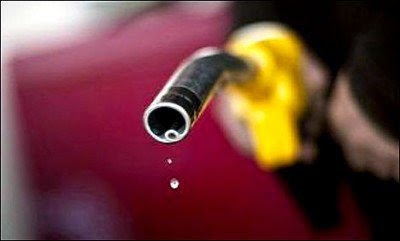 I admit I am no Harvard trained economist nor am I well schooled on the details of the oil industry.  Unfortunately by being sick the past few days, I have listened to more TV news drivel on various subjects including this one than I normally would.

I strongly suggest everyone search for their news and perspectives on this subject via online news forums.  The drivel coming out of CNN and FOX in the USA are in all time high "spin mode" to defend the "poor" oil industry.

I have friends in the oil industry and relatives whose careers depend on its viability. They have much deeper perspective and feelings on this subject than I do I'm sure. Yet I can't stop myself from spewing a little against the unsubstantiated drivel on USA news waves this week.

Yes, there are winners and losers in any swings of this nature in ANY industry. Everyday the markets bet and invest on whether investments or commodities will go up or down.  Some day traders play these movements by the minute. Nobody wins all the time, and a lot of people LOSE all the time. Why...because they don't know what they are doing.

I am an admitted free market aficionado as a marketer and an entrepreneur.  I have lost my share of business risks...and fortunately won a few battles along the way to keep me in the game. The older I get, the more I see reason and rationale go out the window of business...and I see big corps and special interests taking over industries based on funding government regulators. For me, one of the most corrupt, controlled industries in the world is BIG OIL.While I would like to think these market price corrections are true reflections of market factors, I think this battle is a behind the scenes war between the large, politically connected oil producers trying to stamp out competition.  There is also a strong element of political battles that this phenomenon supports as we have seen in the quick devaluation of the Russia ruble and their overall economy.  Other producers like Venezuela and Mexico are quickly feeling the pain as well. The big boys in Saudi Arabia and elsewhere have stockpiled cash against times like this while these other socialist or communist producers have not been able to do so because they have such huge social and economic problems. Where the states control and extricate the profits from petroleum, it is pretty hard to stockpile cash in the "good times" or to develop more sustainable enterprises for their economies.

The bigger issues to me are...should any economy be based on petroleum production and sales?  And just how is it that market supply and demand really influences the price of crude or a gallon of gasoline?

As a technology and futuristic driven soul, I have for decades been a proponent of a cleaner environment and expansion of cleaner, "green" energy production. It has been obvious to me that big oil along with their political muscles have kept new energy R&D as slim as possible in order to continue their hold on global reliance on the combustible gas engine and oil burning energy. Even with these continued investments contrary to new sciences, it seems to me any semi intelligent human should be able to see that technology advances are going to reduce reliance on oil and gas at a faster and faster rate. The more we buy electric or solar powered vehicles and apparatuses, the more we will see reduced costs in energy production or consumerism. Why should it be a surprise to anyone that demand could be waning?  Why shouldn't the prices come down?  Just so we can save an antiquated oil industry?

It always alarms me when I sense that the big powers that be continue to fight over controls of oil production and pricing.  How is it that for so long OPEC has controlled the global prices of energy we all rely on? How is it that the USA as the largest consumer, continues to support and fund further exploration of oil outside our own borders?  Why are we not focused on replacing oil with greener clean solutions like wind, solar and nuclear? I even hear reports that new uses of Hydrogen in controlled settings could produce more energy than any other known resource. But no, we continue drilling, fracking and shipping more and more oil in and out of our countries with no end in sight.

And why is no one paying attention to the positives of reduced prices on gas and oil?  Oil is a leading "inflator" of our whole economic system.  I think we could stand for a little de-inflation...especially for the poor and middle class.

Let the economic "war games" begin. Those countries rich in oil whose governments have been using those revenues to run over their people and political enemies for too long and not creating vibrant, diversified economies deserve to "go bust" or at least experience political upheaval. It is just bad leadership to base your country or economy on a limited resource whose future looks less than robust. Everyone is facing huge disruptions based on technological and scientific advances.  Any country or business who is not keeping up with these advancements are doomed for failure...and unfortunately the main people who will suffer are the blind citizens who follow their governments or syndicates over the cliff of tyranny and socialism...while all depending on oil.