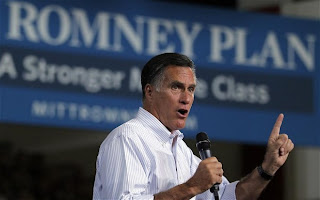 The current election battle for the USA presidency is taking on the normal cycle of smoke and mirrors on the major issues. Both political parties are taking a ¨class warfare¨ approach to this election and neither major party seems to be catering to the independent or centrist voters. It seems to be about catering to extreme positions…and so far I think the incumbent President is being far more effective in tarnishing the message of the Republican challenger, Mitt Romney, than vice versa. During this whole political season,

Mr. Romney has had the challenge of winning over the extreme Conservative Republicans and religious right to his cause. In his past Gubernatorial and business roles he has in my opinion tried policies and decisions that were Centrist in theme and application to reasonable success. Overall I think people see him as a competent ¨nice guy¨, but not much of a hardball hitter when up at the plate. This is going to have to improve if he wants any reasonable chance at occupying the White House.

The key realities Romney has to overcome are:

- He only paid at a 14% income tax rate last year. Now, this is more than many other wealthy USA citizens, but far less than us average ¨Joes¨ paid as a percentage. When you have guys like Warren Buffett stumping for the Dems saying the rich should pay higher percentages than the poor…this does not help Romney win the class war battle. Winning the Republican conservative support will win him contributions, but not votes. Let’s face it, a majority of the voters are working and lower class. Romney`s vision for American has to connect with them also, or he is just wasting millions of dollars in this election campaign that could be better spent.


- His religion…while religion in my opinion has no real reason to be discussed in the political arena from a rational viewpoint, it has unfortunately become a major lightening rod of how Americans judge and vote for their candidate. Obama has a huge advantage here. Romney is a Mormon deacon…a religion with only 5.7 million members in the USA and deemed by many mainstream Christian institutions as little more than a cult. Obama has attempted to identify himself with various Christian denominations while also advocating strong support for Muslim immigrants. Lets see…247 million call themselves ¨Christian¨ and VP Joe Biden is the first Catholic VP in the USA. There is thought to be over 3 million Muslims in the USA now. Since some see Obama as a ¨closet¨ Muslim based on his history and ancestry…you can be assured he will get the Islamists behind him as well. From a religious standpoint, Obama has the numbers on his side from all different stripes even as the arguably most Liberal president in the history of the USA. That is quite a feat


Ø The press...Obama has the traditional support of the Liberal press. He has gotten almost a free pass on the lack of economic performance these past almost 4 years…and we are still losing billions per year in losing propositions of wars in Afghanistan, Pakistan and many other conflicts we are not able to overcome…but you hear next to nothing from the press on these important issues. Instead they are all focused on Romney´s religion, wealth and every little statement that underlines his lack of identification with the common man. Let’s face it, Romney does not have the Reagan charisma, and while Obama´s performance brings back memories of Jimmy Carter`s lack of powerful leadership and image…he is a much better image and communicator to the masses than Carter was by far.

Ø And finally…the Latinos and other minorities that make up a majority of the USA population. Over 52 million Latinos live in the United States. But despite their large numbers, they face persistent barriers to health care. One-quarter of Latinos live in poverty and nearly one-third lack health insurance. As a result, they suffer disproportionate health problems – and while many or illegal and unable to vote, a growing number of Hispanics are becoming part of the USA democratic process. Most of them for various reasons are turning to Democratic policies for their survival. Romney`s quips about not being worried about the ¨47% of non taxpayers¨ or that those without health insurance can ¨simply go to an emergency room¨ are grossly inadequate viewpoints and shows how out of touch he is with America´s reality.


While many Republican hopefuls around me are cautiously optimistic about Romney´s chances, I just don´t see it presently. I think his only chance of getting elected will be to somehow out debate and outshine President Obama in the 3 debates coming up. Being a betting man…I would not bet on that. And even if he becomes our next President, I don’t see him running on solid issues or plans that will turn my country around. It is about the economy stupid…and ¨trust me¨ is not enough of a plan to win the vote. These are scary times to live in politically speaking…and otherwise. 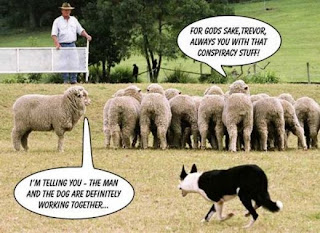 The Republican and Democratic conventions for the 2012 Presidential election are over. While I have little interest in these outdated, bombastic displays of party affiliation...it is about the only chance one gets to see THEIR version of what the party is standing for...or not...this time around.

For the past two or more decades I have found myself voting for small independent party candidates...usually of the Libertarian persuasion. I miss my freedoms. It is getting harder and harder for me to find appreciable difference between the two main party platforms in the USA. At the highest level...these politicians are all about bigger government, more power and false promises and pretenses abound. I am one American who has had enough of this and would like to believe it is not too late to fall back into a more rational ¨Jeffersonian¨ approach to government. I read somewhere recently though I haven't verified or run the numbers that our national debt now comes out to over $800,000 per citizen. Of course, a growing percentage of people living in America are NOT citizens...so I assume this number doesn't include everyone you see in the streets there. Whatever the real number is, it is obviously insurmountable for our citizens to begin to pay off this debt our auspicious leaders have gotten us into over the past 60 or so years...and growing exponentially. None of these major party candidates seem to have any real plan for paying this off. The cuts they are recommending...that no one seems too excited about...is about the same as flicking a flea off the hide of an elephant. Any simple mathematician will tell you that these numbers based on our economic output are insurmountable. The USA for all intents and purposes is BANKRUPT...yet nobody dares declare it so.

It is very evident why no one in governments worldwide face the truth about these debts. Most foreign governments are counting on the USA to continue our role as global ¨policeman¨ and caretaker. All you have to do is look at the imbalances of contributions to most global project funds or the United Nations and you see this historical assumption that somehow the USA has an inexhaustible level of wealth to spread out across the rest of the world. Most Americans have gone down this road willingly from a sense of national ego to support all these wars and in-clandestine funds. We have been arming so many despot governments throughout the world who promise to bring the peace or support OUR causes, but almost always end up using our guns against their own people or train them back on Americans at some point. Our Department of National Defense has truly become a department of aggressive OFFENCE. This has to stop. We can`t afford it and we don´t need it.

So...some people say...I am proposing an isolationist agenda for my country...and I am WASTING my vote when I vote for anything other than Republican or Democrat. I strongly disagree with those assertions. I am simply suggesting we revolutionize the way we interact with other countries of the world. Instead of trying to outperform the rest of the world in arms production or beating everyone to Mars...we should be totally focused on retooling our country and population for ECONOMIC warfare. We should become the most aggressive and polished country for promoting goods and services that no one else has...at least on our scale. Our country still has riches we are not tapping. We have oil reserves bigger than the Saudis, and yet we keep buying THEIR oil at hugely inflated prices determined by a consortium of our enemies. We have allowed our government backed by big oil money to convince us we have no other choice...and they use any little excuse like a two day Hurricane we had a couple weeks ago to inflate the gasoline prices ANOTHER 18 cents overnight. And we Americans just keep coming back accepting all this drivel.

The reason I restate these issues is because NO ONE ELSE in these party elections are talking about these issues. They want the conversation to be about religion, abortion, or whether a President smokes and what he smokes. These people are not discussing or coming up with ideas for the major issues...and the electorate continues to just go along with the BS. Meanwhile, less and less of the American public are involved in the political process because it is so manipulated and they don't believe in it anymore. It has gotten to where the political comedians cover the issues better than the candidates or regular news agencies do. They seem to be the only ones allowed to really speak the truth.

The only hope I have for our system is that one day average Americans will rise up and start voting their CONSCIENCE. When we start voting for leaders instead of party liners...when we start voting based on our pocketbooks instead of lifestyles of the rich and famous...when we start studying for ourselves the real issues and having an opinion on them...THAT is when our country might have a chance to turn things around. I just fear that it may be too late. The horses are out of the corral...and very few of us are out chasing them down or trying to bring order to the situation. It does seem quite easier to escape and look at this as ¨every man for himself¨. At the end of the day, we each need to listen to our own consciences...while we still have one that hasn't been drowned out by the hype and misdirection of today´s media manipulated by insincere politicos.

I challenge everyone to do their own thinking and research before voting this November. The life and freedom you save...may be your own.
Posted by The Global Observer at 10:39 PM No comments: