The Politics of Liberty 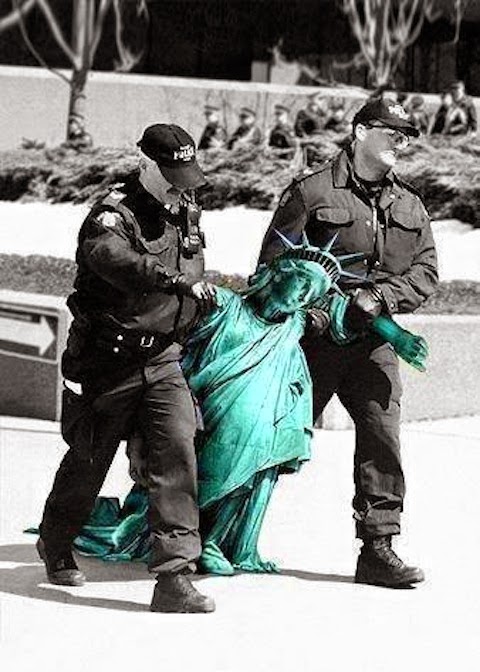 Republican, Democrat, independent...LIBERTARIAN! Since when did we need to have a political brand for Americans who love liberty?

While I count myself as having no political affiliation...I find it intriguing and mildly irritating being called a "Libertarian".  Yes, I understand that most of my views line up well with the Libertarian party and I have voted for Libertarian candidates here and there...but do I really need to be a Libertarian to believe in freedom, independence, capitalism and individualism? Do I really have to line up with some form of political movement before people or governments will recognize my views on the issues?

Obviously the people that get heard in our world today in the media are mostly people who have identified and labelled themselves with one party or another. When you begin expressing your views in a public forum, people in general begin labeling you "tea bagger", independent, liberal, conservative, Christian, Muslim, Zionist, etc etc...yet at the same time I would argue most of those labels have so many different meanings to so many people as to make most of them a dirty word to somebody and relatively meaningless.

To be political these days is to be full of intrigue, ambiguity and dishonesty.  Most politicians do not lead...they only reflect...their party's position, in some rare cases their constituent's positions, and most often those positions that will get them re-elected or put into a position of power. Those who aren't willing to compromise, flip flop their positions or otherwise kowtow to the powers that be are almost un-electable. Strong individuals will not get the money or support within organizations to lead with integrity.  People want to hear what they want to hear, not what you have to say or think. Conformity and "team playing" are the rules of the day.

I guess I am very strange in today's world.  I am for liberty and justice FOR ALL.  Not just MY party, religion or sexual persuasion.  I want everyone to be free...at least to the borders of another person's freedom.  I don't want to have to join a party of government in order to guarantee my freedom.  I don't want to be forced to join causes I don't believe in just to guarantee my "freedom". I don't need religion or a political party to tell me how to live. I just want to be part of the brotherhood of man and be free to associate with anyone I choose, where I choose.  I want to be free to come and go in the world without people frisking and x-raying me.  I don't want to ask permission of any institutions to work, own a home or car, marry, or compete in the marketplace. I don't want to sign pledges to any government or political party in order to qualify for citizenship.  I kinda like the concept of "global citizen".  I don't want any institution demanding that I bear arms against other people deemed "the enemy".  I will choose my own enemies thank you very much.

I suppose some people view my attitudes as "anarchistic".  If that is what it takes to truly live in liberty, then so be it.  I actually still believe we need limited forms of representative and constitutional governments throughout the world...but I currently do not know of any.