So You Think I am Unpatriotic? 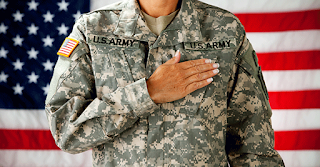 This blog by Simon Black bears repeating today.  I have had similar comments or feedback from people who say my views about my government are "Un-American".  In response, I could not state the issues any better than Simon...so here is a repost of his blog from today.

Kathmandu, Nepal
I’ll never forget the Oath of Office I took when I was commissioned as an Army Intelligence Officer all those years ago. The most important part is where you swear to “support and defend the Constitution of the United States against ALL enemies, foreign and domestic.” That was the part that kept ringing in my head as George W. Bush went on TV in the run-up to the Iraq war talking about weapons of mass destruction. We had been on the ground in Kuwait since late 2002, months before the invasion of Iraq kicked off. And every time Bush told that lie, I thought about my oath.
I’m disappointed to admit that, back then, I didn’t have the courage to go up against the big Army machine… to march into my Battalion Commander’s office and say, “Sir, we must defend the Constitution against the President of the United States.” I knew I would get crushed.
When I left the military, I started noticing all the other ways in which the government turned the Constitution into a punchline. And that practice has only accelerated. I came up with a different solution. Instead of fighting some faceless machine, I voted with my feet and left the country.
That, coupled with my drastically reduced tax bill thanks to being an overseas expat, has prompted a lot of use of the word ‘unpatriotic’ since I started writing this letter six years ago. I find this appallingly ignorant. The American Revolution itself was predicated on the inequity of taxation without representation.
Are your interests represented when they buy bombs and body scanners? Mine certainly aren’t. Yet people who define patriotism by the frequency and rapidity of their flag-waving think that we all have some collective duty to ignorantly believe whatever we’re told by the government. I disagree. So does the New Oxford American Dictionary, which defines ‘patriot’ as “a person who vigorously supports their country and is prepared to defend it against enemies or detractors.” There’s that phrase again– ‘defending against enemies.’
Who exactly are these ‘enemies’, by the way? Are they men in caves who hate us for our freedom? Arab teenagers with intense sexual angst and a collection of firearms? No. The real enemies are not foreign… but domestic. It is the apparatus of government itself that has collapsed upon the founding document of the nation.
It’s not unpatriotic to lament how far a government’s practices have diverged from its Constitution. It’s not unpatriotic to want to be free. And it’s not unpatriotic to take steps to make that happen. In fact, people who think it’s everyone’s patriotic duty to pay taxes are only feeding the beast that makes them less free. And it’s entirely delusional to think that all of this can change by going to a voting booth. There’s no politician that’s going to change this. Nobody is going to stand on stage and say, “My plan is to eliminate entire departments of government, fire half of all government workers, terminate social security, and default on the debt.”
Elections are pointless charades. But rather than vote for new people, we can simply vote to restrict the resources they have available. Yes, there are legal obligations to pay tax. And everyone should abide those obligations or risk pointless imprisonment. But with proper planning, tax obligations can be minimized.
In my case, I left the country. This provides up to $100,800 in tax-free income based on the Foreign Earned Income Exclusion, and that’s before taking into account additional deductions, allowances, and exclusions. Recently I used my tax savings to finance a new prosthetic leg for an amputee war veteran that had been abandoned by the US government, and to buy food for earthquake victims here in Nepal. Had I not taken steps to reduce my tax bill, a big chunk of my income would have paid for more soldiers to get their legs blown off, and more bombs to be dropped by remote control on brown people. Instead, now I get to decide how my income and savings can best have an impact on the interests that I believe in. Let’s call it “representation without taxation”. And it’s completely legal as long as you follow the rules.
Sure, not everyone has the ability to leave the country. But there are options to fit any lifestyle and circumstance. In addition to taxes, for example, it’s important to consider moving a portion of your savings abroad where it can’t be confiscated or frozen by capital controls. Safeguarding your wealth is a huge part of this strategy, in fact.
The larger point is that taking steps to preserve your wealth and freedom is not unpatriotic. And for anyone who truly cares to defend your country from its domestic enemies, starving the beast is one of the most powerful tools you have available.
Our goal is simple: To help you achieve personal liberty and financial prosperity no matter what happens.
----------------------------------------------------------
Posted by The Global Observer at 2:04 PM No comments: