In the Spirit of "Brexit" 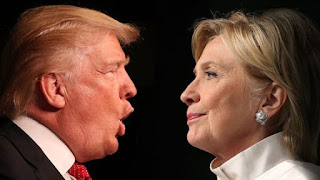 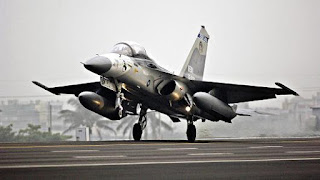 https://www.facebook.com/wolfgang.riebe/videos/1095116997219649/
I believe I have blogged previous years on this date with similar sentiments...but this year I realize the validity of my thinking more acutely than ever.

The meaning of "independence" has totally lost its significance for most individuals in the world. Even the original experiment of democracy in the USA has gone terribly wrong now that rational people understand they are not truly free and independent anymore.

While the chasm between wealth and poverty continues to expand...the governments that control us are almost all bankrupt...meaning they owe more than they own. How this happened is easy to understand if you realize that governments don't "produce" anything and survive by charging taxes on the governed...yet they execute programs, entitlements, international loans and fund armed forces with weapons... all on limited tax dollars.  Most every government in the world is "upside down" on their financial balance sheets.  The US government hasn't balanced a budget since President Eisenhower in the late 1950s and we have the highest debt of any country in the world.  The federal government had about $76.4 trillion ($76,438,000,000,000) in debts, liabilities, and unfunded obligations at the close of its 2015 fiscal year. That's $237,284 for every person living in the U.S..

Who holds all the money then you may ask?  International bankers, corporations and non-government organizations (NGOs).  Sure, ownership is with wealthy individuals and their organizations...but the money itself is supposedly held on account in international banking positions through various financial institutions such as JPMorgan Chase, Goldman Sachs, Bank of America Merrill Lynch, Morgan Stanley, Citigroup, Deutsche Bank, Credit Suisse and Barclays Capital (the top eight).

The prized independence of the USA, won repeatedly the last 240 years through bloodshed and revolutions against tyranny is unfortunately lost.  The USA is currently DEPENDENT on foreign powers for the oil that run our machines of war and domestic transportation, the manufacturing of cheap "things", and to export the overflow of what our country still produces.  Now that most major powers of the world are under so much debt to the bankers and corporations of the world...there is little security in any long-term financial planning internationally. There is little rhyme or reason to currency or stock valuations.  Most everything in the world is hyperinflated in value from our point of view.

This leads us to the reality that most Americans are NOT free and independent.  We are controlled by our bankers, our employers and regulations of our federal and state governments.  Most of the middle-class lives paycheck to paycheck with no more than 3 months of their overhead in savings.

Does this sound like FREE and INDEPENDENT living to you?  I have never valued money outside of its ability to afford freedom. We can work our whole lives in this country to amass a retirement...and have it all wiped out with one lawsuit or catastrophic illness in our family...especially if we don't have adequate insurance based on the mafioso healthcare system we fund. Most of us don't take care of our health and instead have multiple physicians and meds that we depend on to survive. Compared to our grandparent's generation, our elderly are in terrible shape and more dependent on various drugs, walkers and little carts than any other country in the world.

So...as everyone enjoys a short work week waving flags and celebrating "freedom"...let's not fool ourselves anymore.  We are NOT free.  Most of us work 4-6 months of the year to pay our various taxes.  What's left of the year goes to pay for our expensive toys and necessities such as $700 cell phones, car payments, mandatory insurances etc.  Recently the USA government even legislated mandatory health insurance for every citizen, and it is cheaper to pay the tax penalty for not being insured than to pay the government-mandated premiums.

I know, I know...freedom isn't free.  It comes with the responsibility to pay your share of community services and feeding the dependents you brought into this world. The problem is, you now have broken governments telling you who, where and how much to pay for such services with no option or choice to move elsewhere or use an INDEPENDENT solution.  More of your choices are taken away from you...what you can eat, what you can drink, what you can smoke, who can come visit you where you live, what drugs you can take or who you can buy them from.  Governments are more and more regulating your daily life while mounting huge deficits that somehow YOU, or your children, or THEIR children must eventually pay for.

So forgive me if I am a bit cynical this 4th of July.  I have always believed in small government, personal responsibility and freedom to believe, say and do what you want as long as you are not infringing on others rights to do the same.  Unfortunately, most people in our country and world at large are supporting and voting for representative governments who will continue these bad habits until our whole system collapses...which it must apparently do before we will relearn what freedom and independence REALLY mean.
Posted by The Global Observer at 2:32 PM 1 comment: