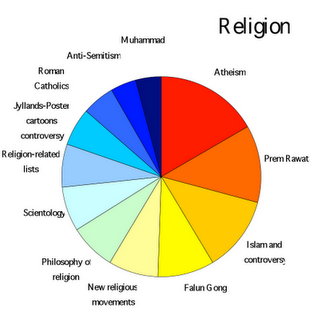 There is a significant conflict brewing over the establishment of a Mosque near the site of the former "World Trade Towers" taken out by terrorism in 2001. There is spin on both sides of this equation. There are extreme views that America is a "Christian" nation though I have yet to see any writing in the constitution...or more importantly, actions over our nations history...that support that designation. I had always thought America was established by people and groups who were escaping state sponsored religion in favor of freedom to worship God as they individually saw fit.

It also seems insensitive on the part of the estimated 7 million Muslims in America to desire a Mosque at that location. Perhaps their motive is to establish the fact that they too lost many followers in that terrorist act and share in mourning. Perhaps their motive is to underline their constitutional rights to peacefully practice their religion as US citizens equal to any other American. I don't know their motivations...and not sure any commentators I have read or heard on this issue do either. Yet, the beauty of my country used to be at least in theory that all religions and cultures rights were protected, even those in the minority. We have not always practiced that...but it was the ideal our country was built on.

I may be naive, but I don't see religious or political war over these isms to be the answer. I don't see American style Christianity as the nations religion, and I don't think the original Christian would have fought Communism and Jihadists with military solutions or drawing geographic borders. The origins of Christianity was community building through peaceful means and messaging tied to ideas and actions based on faith that were not exclusive or "membership" oriented. Yes, there was a call for decision on which "teacher" was to be followed, but it was not about religious institutions or campaigns as we know them today.

I think the fears or symbolism of Mosques at ground zero are taking away from the main issue or conversation. Its interesting that even the Jewish mayor Bloomberg is supportive of that project. While in principle there should be no government or religion supported building at ground zero, I believe that America's commercialism and constitution will continue to water down extremism on all sides of the religious equation. Build a Christian or Jewish church next to the Mosque...and let people decide which they want to identify with or completely ignore. Better yet, why not a "mall" of religious locations representing all the main religions of America? If they have the money to buy that property...anyone should be able to do whatever they want with it as long as it is not against the Constitutional rights of the rest of society. It won't make much difference in the next 100 years of the human condition. People will continue to use "God" and religious symbols to bolster their rationalizations on life and liberty. Meanwhile, secularization will continue to dominate the masses even if their underpinnings are religious in nature.

Life in reality is more about Maslovs heirarchy of needs than what it says in the Bible or the Quran. My hope is that in time the true message of the founder of Christianity will be realized and that the brotherhood of man will finally begin its reconciliation one to the other. Religion overall has had a dismal performance record on this.
Posted by The Global Observer at 10:15 AM