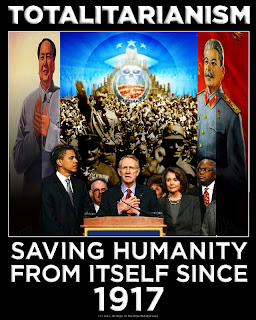 We live in an era of public outcries against the majority rule of the people. We have the recent overthrow of the Egyptian President less than a year after his election by the majority of voters in that country...albeit a slim majority. We have a lot of negative pressure on the USA President in his first year of office after re-election. He can't seem to please anyone with his lack of consistency and leadership on the major issues of the day...from Syria to Egypt to domestic taxation and healthcare.

The globe is increasingly caught up in the turmoil of national versus individual sovereignty. Strong and free individuals want small government that works for THEM.  Unfortunately, the weaker masses fall prey to big government programs and promises where they are lead to believe their "nation" will take care of them if they work for/support the national government.  At the same time the world has few examples of objective governments who truly serve all the people. It doesn't take much education to realize that in the last 60 years...basically one lifetime, mine...governments worldwide consume more and more of their constituents GDP than ever before in the history of Western Civilization.

In order to stave off the truth and reality of big government mismanagement of the wealth they do not produce...governments like the USA develop various organizations and middle layers full of additional false hopes and promises that grow for decades until the ugly reality of their ineffectiveness hits the world (and markets) like a hardball to the groin. It is easy to see this in organizations like the "(non) United Nations", the SEC, the Federal Reserve...and many others who manipulate and cover-up the realities of our global problems. Using political, monetary and military force, most big governments of today are about controlling and consolidating power over its constituents/citizens. When you start connecting the dots of the money flow between and inside these "governmental agencies", you start smelling the stench of decades of governmental corruption, filth and the buried corpses of truth and righteousness. The costs of our "false democracy" are directly related to both the USA national debt and the average personal indebtedness of every American. We have built a democracy based on consumerism and false images.  We allow the major media companies to fill our minds with mundane or hyped jingoisms about what to think or believe instead of providing us true analysis and in-depth coverage of the real issues. Most of the people we listen to in our media are lying as fast as their lips can flap in the breeze. Some of these people, national and media leaders alike, are so delusional that they now sincerely believe their own false hype.

Of course, "we the people" are the ones primarily to blame. Those of us who live in "free" countries have continued voting in the people who sustain and continue the deceit. Most Americans now have no clue what their national constitution or "Declaration of Independence" says or means. We want the false medicine our government sends our way.  We want free money without earning it.  We want no risk but all the reward.  We don't want to face our own failures or irresponsible behaviors.  We believe our governments owe us a bailout...just like they gave their big money buddies on Wall Street and the failing industrial complexes. We believe the government should take care of us when we are old and decrepit. We have lost our soul and core values of taking care of our own within our families and communities and replaced it with "institutional-ism".  We have voted in support of the upside-down pyramid that will eventually crush our lives with the weight of the global turmoil and violence this false thinking has caused.

I'm sorry, this blog has turned very negative and painful...but thus is the status of our nation and world we live in. We have had so many decades of bad, misdirected leadership that I question there is any leader or group of leaders who can pull us back from the cliffs of self destruction. Who can bring reason and lead us to real CHANGE?  We don't need change of "beliefs"...we need change in ACTIONS.  The forces that be are pushing the masses with the momentum of contemporary thought and tradition that hasn't worked for decades and isn't about to start working now.  Our supposed constitutional rights are being stripped daily by courts and congresses who have obviously drank the big government "Koolaid" of absolute power and corruption. Who can stand up against this tide of majority thinking?

Unfortunately, I believe we are approaching the time when the only way to be truly free will be having the wherewithal to escape the countries and homelands we have loved that have been taken over by these evil systems of government. Just as has happened historically in places like Cuba, Russia, India, much of Arabia and more recently in Venezuela and Syria...many of the rich and educated tend to escape first before the doors of opportunity or freedom are closed, locking them in forever.  Unfortunately, it appears to me that America is on the same path as these other countries though on a bigger scale, and a majority of Americans are just too ingrown and placated to see it coming.

America's day of reckoning is coming...perhaps sooner than anyone realizes. The prisons are already being built. The domestic armaments are already being put in place.  The laws forbidding you to expatriate your money outside of the USA are already being put in place.  You will soon be a prisoner in your own country. When the dollar falls, you will not be able to afford to live elsewhere anyways...and you never have been very interested in what is going on outside your country and culture...so you just don't care. And maybe you will like your new program of "socialistic democracy". If the bubble of your existence allows you to eat and watch all the television, sports and "reality shows" you can during your waking hours without having to work or invest or worry about the future...hey, most of you will be very happy with this new life and form of democracy. As long as you don't rock the boat, you will be permitted to vote.  Of course you may not have too many options as far as candidates or parties are concerned...but no big deal.  You never liked the stress of trying to figure all that out anyways.

Democracy with conditions...its all coming your way.  Don't worry, be happy.